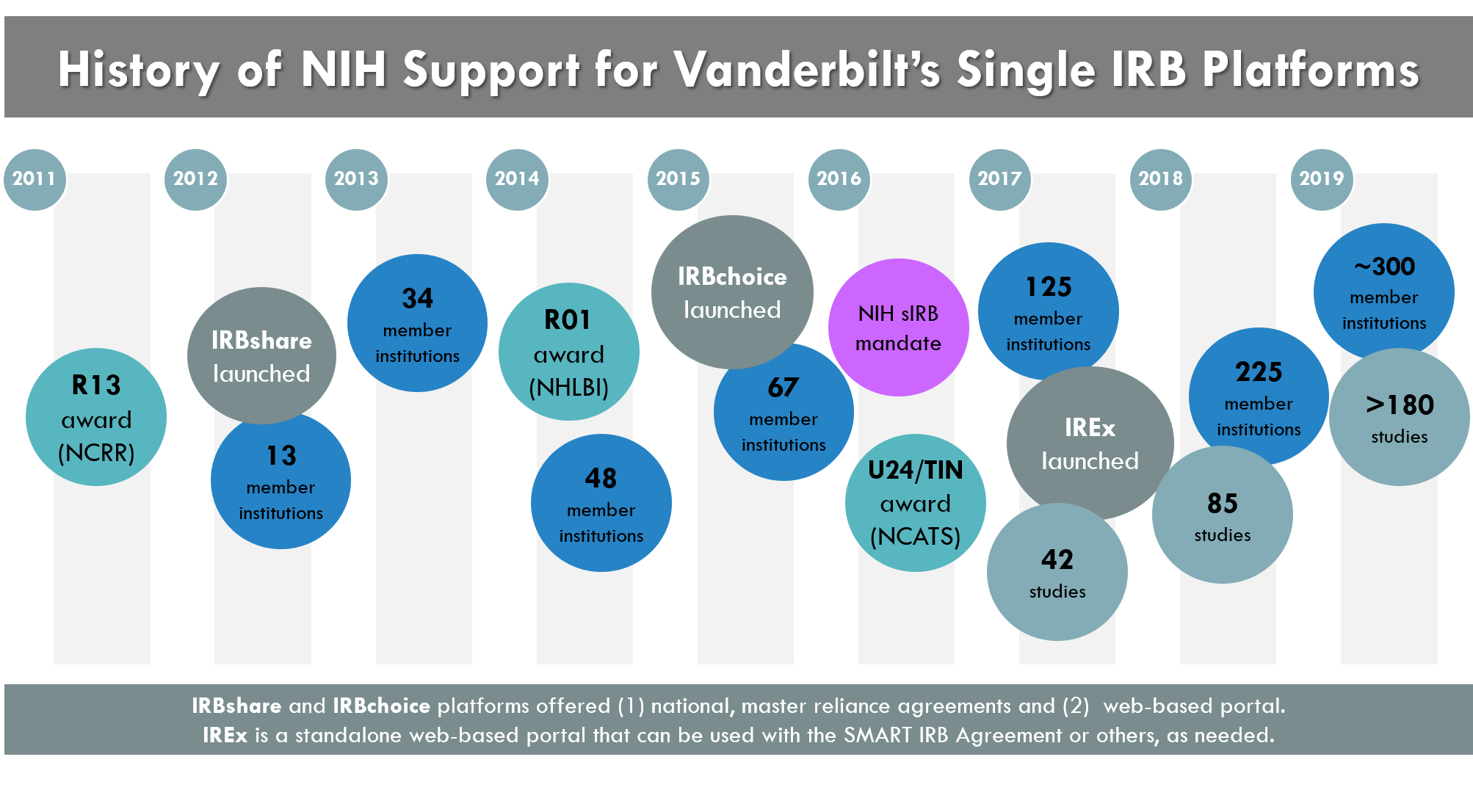 IREx Evolved from Other NIH-supported Initiatives

The initial success of IRBshare coupled with the growing use of central IRBs and regional reciprocal/ceded reliance agreements prompted the IRBshare team to once again consider expanding.

Stay up to date with our monthly newsletters!

Have a question? View our FAQs to learn more about IREx.